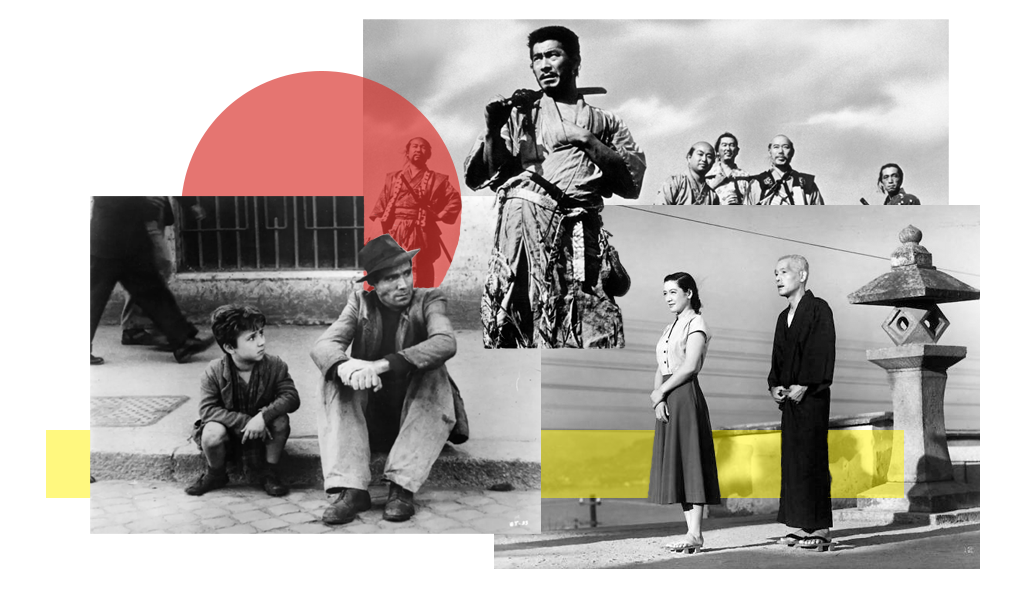 Three years ago, the BBC polled critics across the world to identify the greatest 100 American Movies, followed by Films of the 21st century and Comedies.

Finally, the spotlight fell on ‘Foreign’ films – those not made in the English language. 209 critics from 43 countries took part. The results were not a surprise to Mamoun, who has given and recorded masterclasses on and introductions to many of the films on the list, particularly the first three.

Above all, Mamoun has given masterclasses on The Seven Samurai in many different countries: from Sydney in Australia to Zimbabwe in Africa; the UK, Greece, Denmark, Norway and Bosnia in Europe; Mumbai in India; Colombo in Sri Lanka; Havana in Cuba; Santiago in Chile, South America; and in California, where the masterclass was given in three different venues (UCLA Extension, CalArts, The Psychoanalytic Centre for California). A 65-minute version (edited from a four-hour session) was recorded for Channel 4’s series Movie Masterclass. Kurosawa productions acquired the licence for the Channel 4 programme, which was screened on Japan’s NHK.

Mamoun’s brief ‘Encounter with Kurosawa‘ can be read here.

In the top twenty foreign films are Pather Panchali (Satyajit Ray, 1955) and The Battle of Algiers (Gillo Pontecorvo, 1966).

Mamoun has contributed a 45-minute video  to Criterion’s amazing restoration of The Apu Trilogy.

Mamoun produced The Battle of Algiers for C4’s Movie Masterclass, and he presented it as a masterclass at the BFI Southbank. The film was one of more than 25 films that he has presented at the European Film College, including Ozu’s Tokyo Story and de Sica’s Bicycle Thieves.

Masterclasses and introductions can be accessed on Vimeo.

The full list of films can be seen here