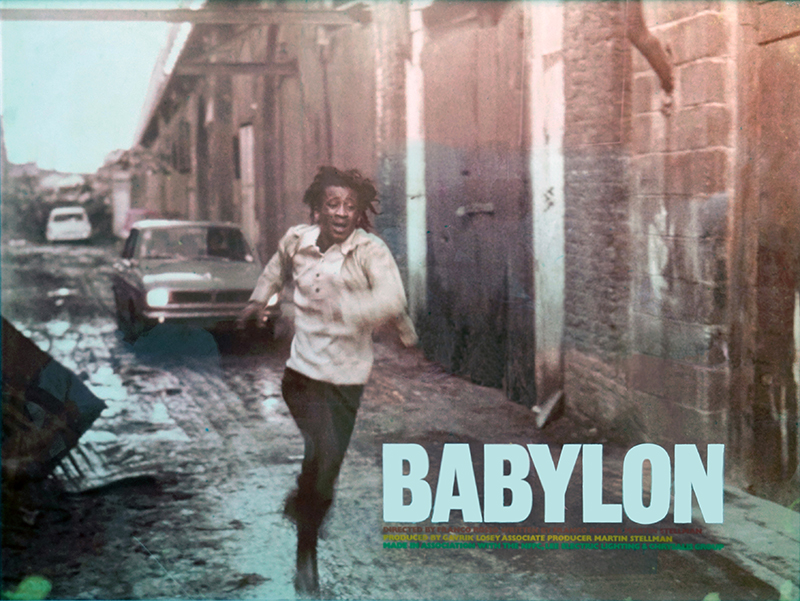 Kino Lorber Repertory and new distributor Seventy Seven are releasing BABYLON in the US next month. The film opens at the BAM Theatre in Brooklyn on 8 March, in Los Angeles on 15 March, and more widely after that.

Forty years ago I backed my first film as managing director of the National Film Finance Corporation [NFFC]: that film was BABYLON. The Board members were invited to take a leap in the dark. The BBC had developed the script but had passed on it; the British Film Institute Production Board under Peter Sainsbury had rejected it. BABYLON was a first film for the director; it had no stars, a wholly unfamiliar cast, dialogue and accents that required subtitles in parts, as if it were a foreign film – which of course it was to most people; it was violent, and it had no distribution guarantee or co-investor. I recommended we invest 83% of the budget: anything less would not get the film made. It was unheard of. Historically, the NFFC offered 30% at most. Further, a couple of years earlier the NFFC had invested in Anthony Simmons’s BLACK JOY, described by a critic as a ‘lightly ironic clash of cultures comedy’. The auguries were not good.

The script of BABYLON was co-written by Martin Stellman and Franco Rosso. There was no producer attached, but Franco and Martin had Stephen Frears in mind as director. I knew Stephen and admired his work, but the script was uniquely authentic, born out of Martin’s and Franco’s direct experience of the lives of black youth in south London. I thought Stephen would make a fine film, but it would perforce be a foreign correspondent’s view. Although neither of the two scriptwriters had directed a feature before, I suggested that one of them should direct it. Franco became the director and Martin the associate producer. Chris Menges agreed to shoot the film and Gavrik Losey joined as producer. The Board finally agreed my proposal.

The first five minutes of the film will tell you why I backed BABYLON.