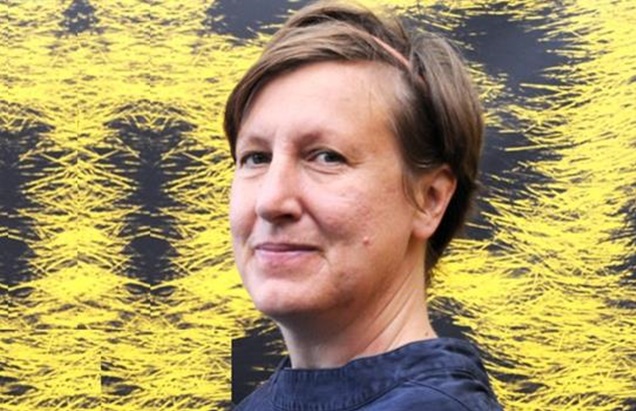 It was with deep sadness that I learnt that Gayle Griffiths had died last Friday, 23 October. I saw her a few weeks ago and already knew her illness was terminal, but the fact of it is still a shock.

I first met Gayle at the National Film and Television School when she was a producing student and I was Head of Editing. We had a couple of chance encounters in the corridor of the cutting rooms where, often, better work is done than in syllabus-designed master classes, workshops and lectures. A throw-away line could lead to thirty minutes of passionate and heated exchange. And that’s what used to happen with Gayle.

I next heard from Gayle some twenty years later, when she asked me to help out as editing consultant on Sally Al Hosaini’s My brother the Devil. We got on well and talked about working together. She produced Joanna Hogg’s Exhibition next but she still had time and energy enough to find the finance to develop a project with Andres Wood, Chile’s leading director, and me. Sadly, the project has not yet reached fruition. I am truly sorry that she will not be there to see the film completed.

I realised only later that Gayle was fighting cancer throughout this time. It is amazing. Stoical is a feeble term to describe Gayle’s character and strength of will. Nothing saps the energy as much as creative people, egotistical people, gifted people, demanding people, committed people, couldn’t-care-less people, in short, an everyday film unit. Yet she produced two features on restricted budgets and was developing another and probably more that I didn’t know about, while she was on chemo and other treatments. She may have stumbled once in a while but she dusted herself down and carried on regardless. And she had time for a full and rich personal life: she married her partner Philip Swart in the middle of all this.

Her record speaks for itself: five features, some award-winning, none of them standard, with newcomer directors – an outstanding achievement. Gayle was an idealist in an industry where idealists need to masquerade as cynics to get on. None of that for Gayle, who never forgot that she was a Sunderland girl, a Yorkshire lass. She played it straight. What impressed the profession was her judgement, integrity and dependability: she was certain to deliver creatively and on budget. Film-making is sometimes compared to fighting a war. If so, then Gayle Griffiths was a damned good general, with the bonus that she could be terrific fun. She won all her battles – except the last one. I shall miss Gayle. I will not forget her.